“Doris, the first yacht of any consequence built under the Universal Rule.”

The Common Sense Of Yacht Design 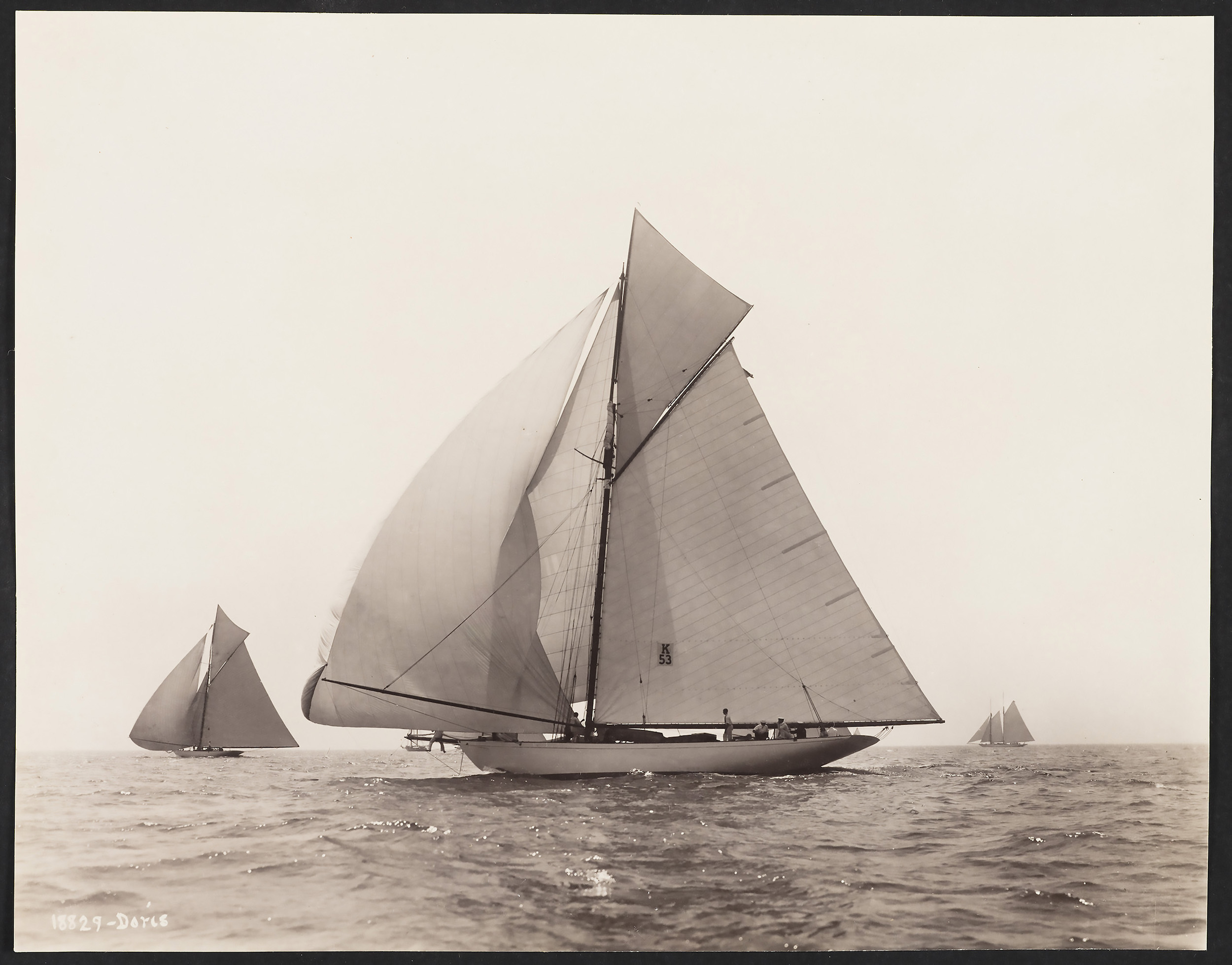 Languishing in a boat yard in New London CT for 30 years, DORIS, the largest all-wood sailing vessel built by Herreshoff Manufacturing Co in 1905, was scheduled to be scrapped at the end of August 2013.  Given a one-year lease on life by the generous collaboration of a good friend and Snediker Yacht Restoration of Pawcatuck, a search for a new owner was spearheaded. Now, thanks to an enthusiastic client, DORIS has been saved.

The complete restoration of DORIS, an anticipated five year project, will be the largest ever undertaken by Snediker Yacht Restoration. This website will follow the progress as she’s returned to her original specifications, featuring the latest information and pictures, in addition, will share her history as its discovered through past owners and maritime archives.

DORIS Heads Three Sloops Into the Isles of Shoals

The best racing of the day was between the three Herreshoff sloops, the DORIS, WASP and GLORIANA. The first named, with 10 feet greater waterline length, found her smaller but leaner rivals hard to shake off. They followed hard in her wake for half the course, the WASP often at her sternboard.

All the way from Thatchers to the finish their skippers were on edge using every means their knowledge suggested to get greater speed out of their boats.  It seemed at times as if one would take the lead clean, but again the boats fell in to a bunch bowling along in close order, with none gaining.

As they neared the finish they, like the schooners, were obliged to drop their spinnakers. The DORIS held on to hers and made good by it.

The breeze was nor freshening a bit, and hauling still more westerly, off the land. This gave a lively swing to the finish of the sloops.

The DORIS led them home, with a cable’s legnth to spare. She carried her spinnaker to the finish, flowed well forward.  The GLORIANA was second over, 75 seconds behind the DORIS. The WASP was a cable’s length behind the Gloriana.  She towed a tender throughout the run, which did not improve her going.  The DORIS probably won, as she allows little, if anything, to the other two. 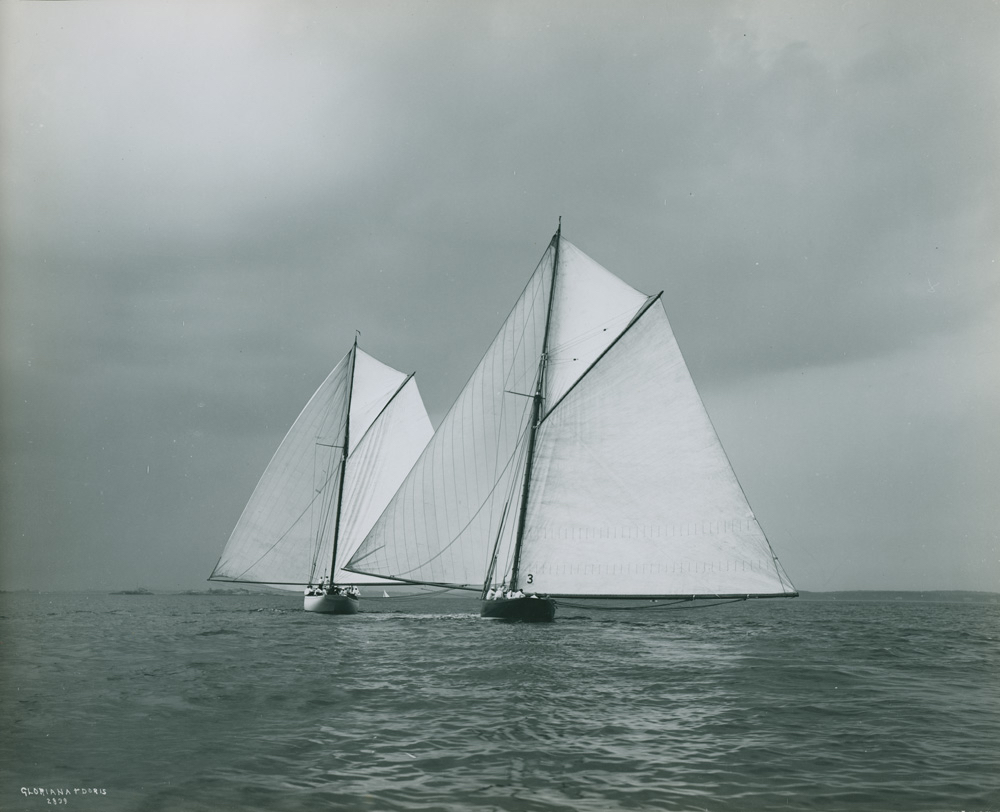 See the restoration in progress 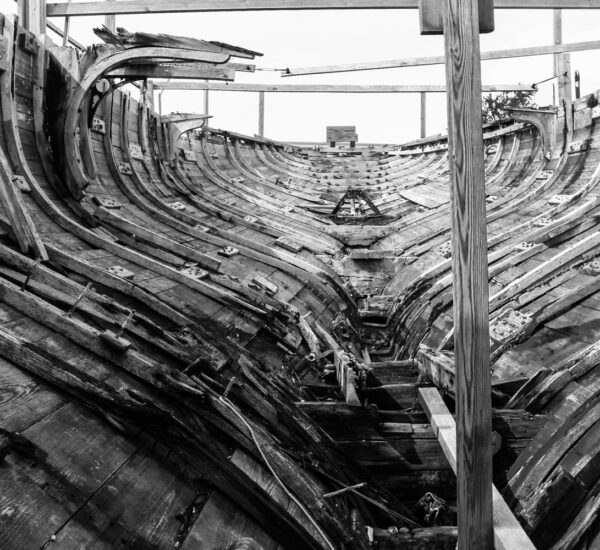 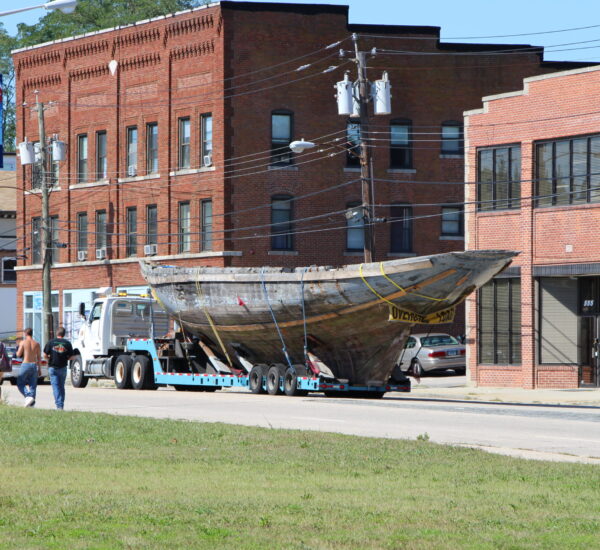 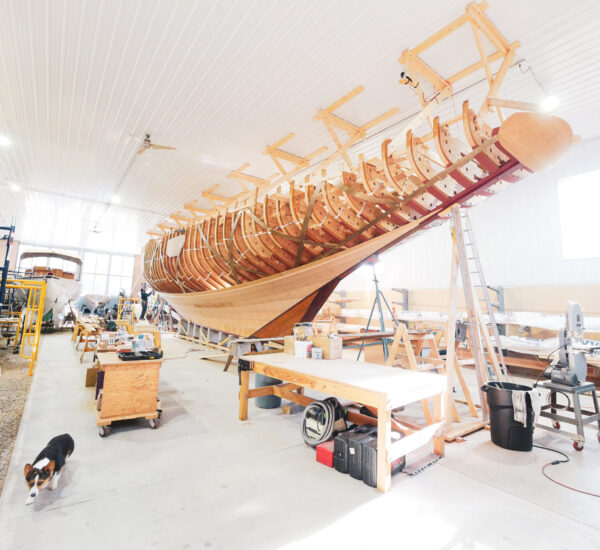